The show’s cast reminisces about their wild journey at the show’s final season premiere in New York.

It’s the beginning of the end of the Seven Kingdoms. On Wednesday night, the stars of Game of Thrones (minus an ill Lena Headey) gathered at Radio City Music Hall for the premiere of the HBO fantasy epic’s final season, with throngs of screaming fans crowding the city streets. As the cast looked back, many couldn’t believe the cultural dominion the show has held for the last 10 years.

“Not to big ourselves up too much, but we have broken the mold,” said Isaac Hempstead Wright, who plays the wise Bran Stark, in a red carpet interview with Vanity Fair.“I don’t think, in my lifetime, we’re going to see a fantasy show with the scale and the production value and the fantastic writing of Game of Thrones.”

Daniel Portman, who plays beloved squire Podrick, had a similar feeling. “It’s changed television, the landscape of television,” he told V.F. “There’s never been anything like it on, and there never will be again . . . you can’t copy that.”

It’s true that Thrones has changed the landscape. The show has become the most talked-about series on TV for the last decade, sparking dozens of hopeful imitators and helping HBO reign over the other networks when it comes to ratings and awards. “This show set a high ambition level,” said Jacob Anderson, who plays Unsullied commander Grey Worm.

Joe Dempsie, who plays the blacksmith Gendry, paraphrased one of Anderson’s earlier answers when asked about the show’s legacy. “Game of Thrones is kind of like five shows in one,” he said. Then he laughed, adding, “I was gonna say for the price of one, but not for the price of one, because it’s like, the most expensive show ever made . . . [it] constantly pushed the boundaries of what TV is capable of.”

Anderson, however, is hopeful that Thrones will spark a new generation of strong television. “I think there might be shows like this one day,” he told V.F. “That’s the great thing about it. I think this show set the bar higher. Hopefully, that means there will be more people that make even better shows!”

To that point, HBO is already trying to stay ahead of the curve. The network is currently working on a Thrones prequel (informally dubbed The Long Night) which will star Naomi Watts in the lead role. That series will be run by Jane Goldman and will, hopefully, be one of many Thrones-themed spin-offs if HBO has its way.

Further along the massive red carpet on Wednesday’s premiere, stars Kit Harington (Jon Snow) and Rose Leslie (Ygritte) walked hand in hand—together for the first time at a Thrones event since their 2018 wedding. (Harington still appears on Thrones, but Leslie’s character, sadly, was killed back in Season 4.) Another longtime couple, Jason Momoa (who played Khal Drogo in Season 1) and Lisa Bonet, zoomed back and forth, with Momoa gamely greeting fans and cheesing for the cameras. Sophie Turner (Sansa Stark) and Joe Jonas did the same—though Turner also made sure to spend time with her best friend, Maisie Williams (Arya Stark), with whom she was wearing matchy-matchy glittering black dresses.

Emilia Clarke (Daenerys Targaryen) and Gwendoline Christie floated down the sprawling carpet in ethereal gowns, while Pedro Pascal (Oberyn Martell) hammed it up for photographers. The actor posed while placing his thumbs over his eyes, mimicking his character’s bloody, head-crushing death at the hands of Ser Gregor Clegane (Hafþór Júlíus Björnsson).

The duo also posed together on the carpet, with Pascal jokingly putting his hands around Björnsson’s neck, then embracing his old co-star.

Once inside the packed theater, creators David Benioff and D.B. Weiss thanked their tireless cast and crew, giving special accolades to George R.R. Martin, who was in attendance.

“Tyrion Lannister, Jon Snow, and Daenerys Targaryen were born in a single brilliant, ruthless mind,” Benioff said. “George, thank you for letting us take your children into our care. Sorry, we didn’t treat them better.”

The final season of Game of Thrones premieres on April 14. 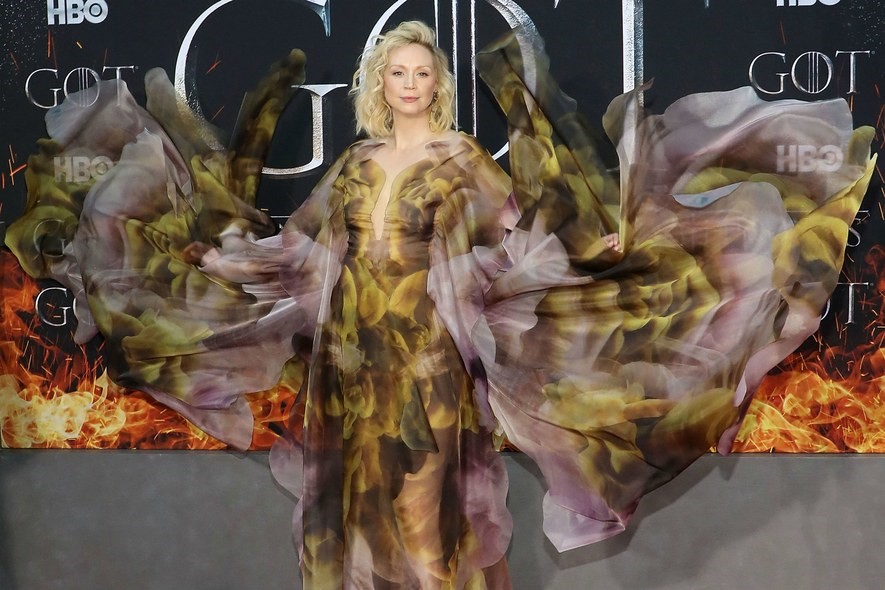 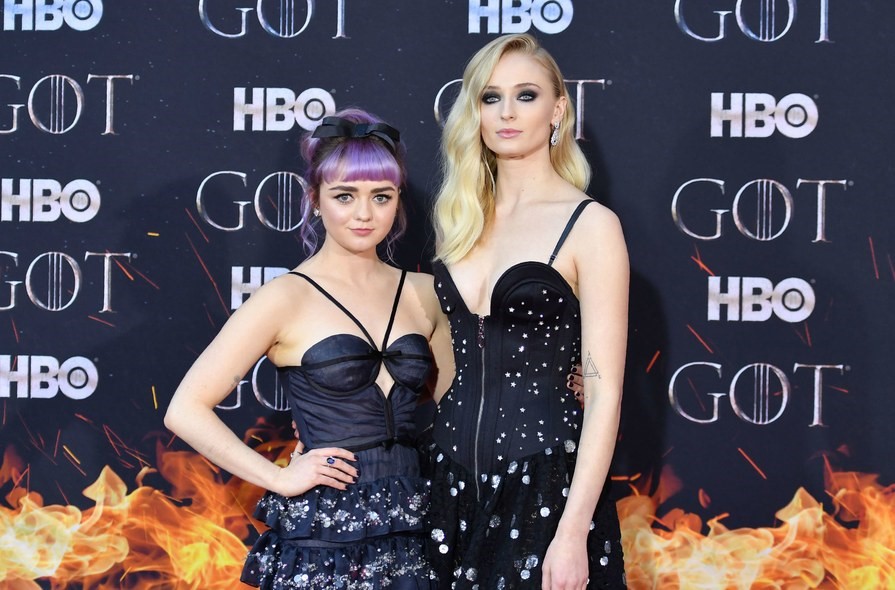 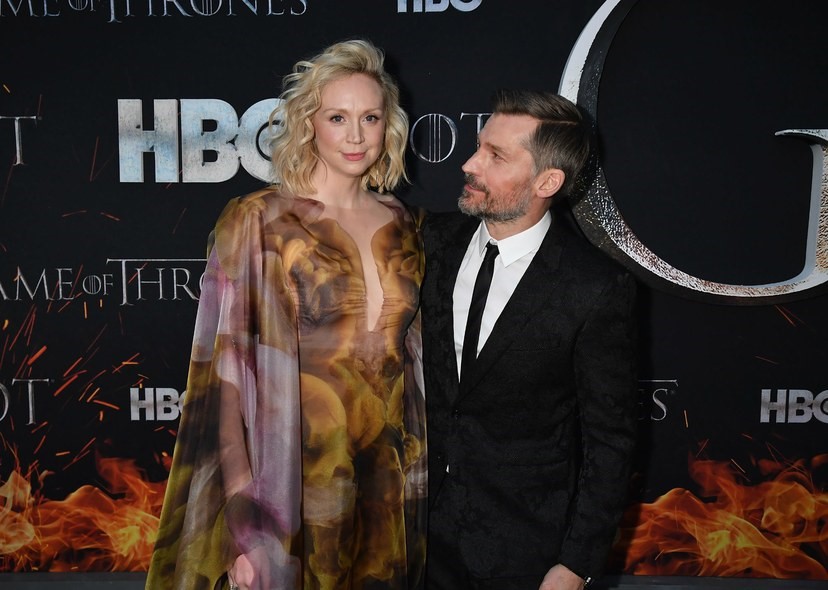 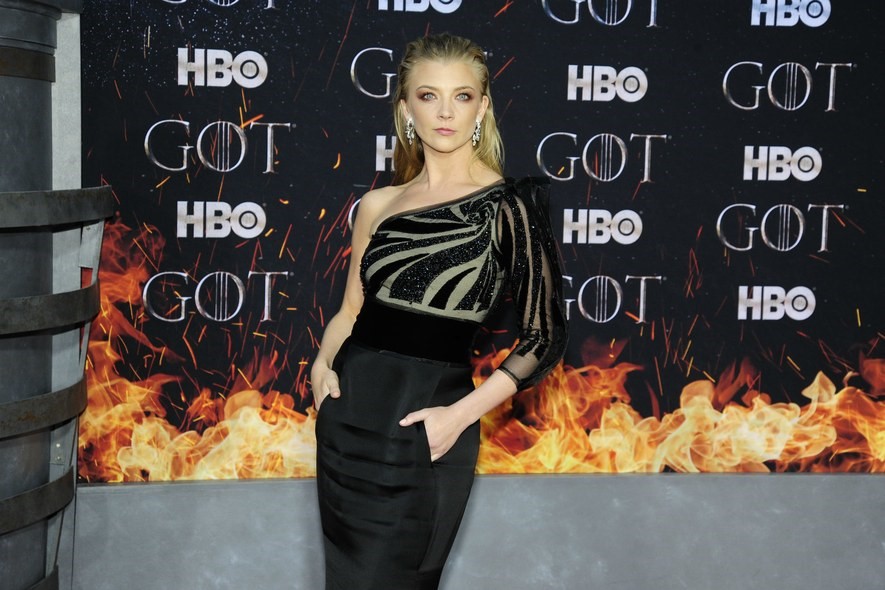 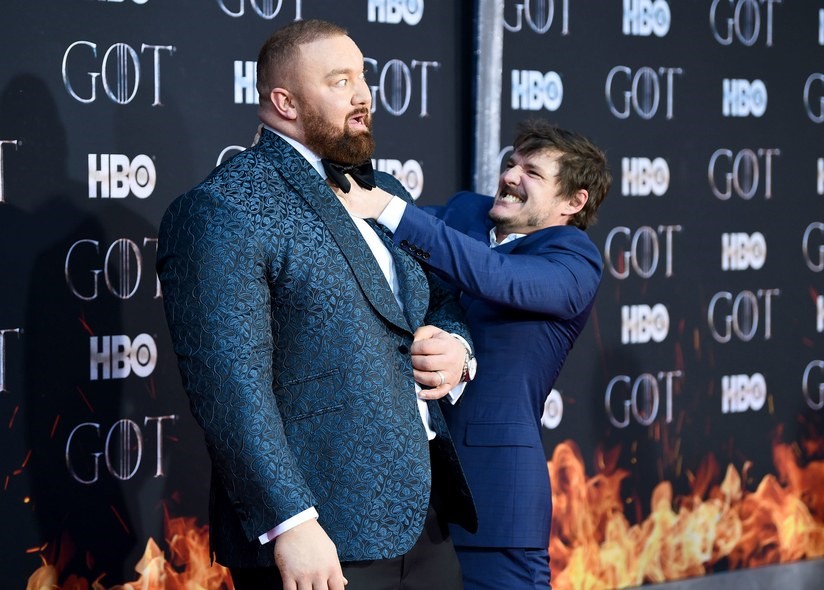 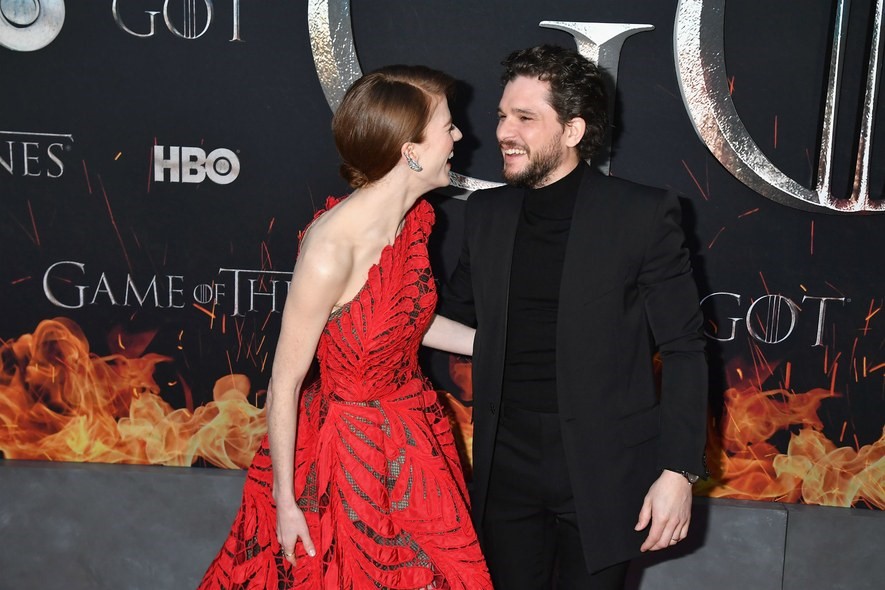 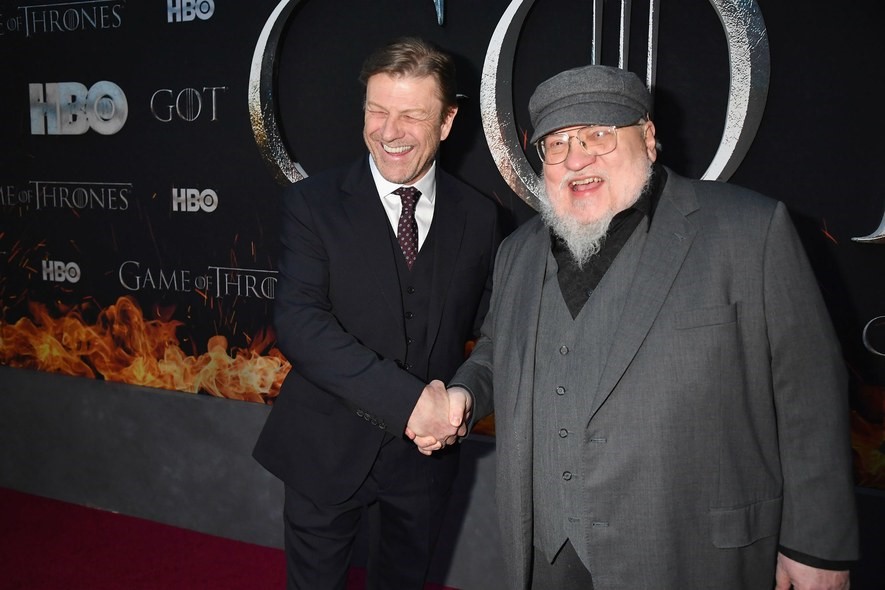